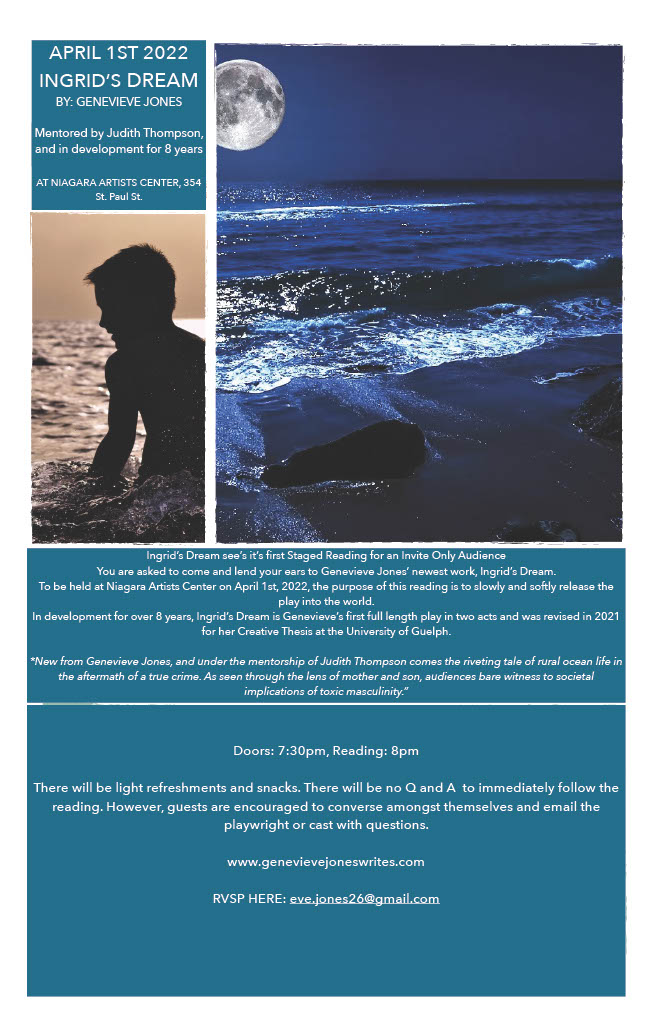 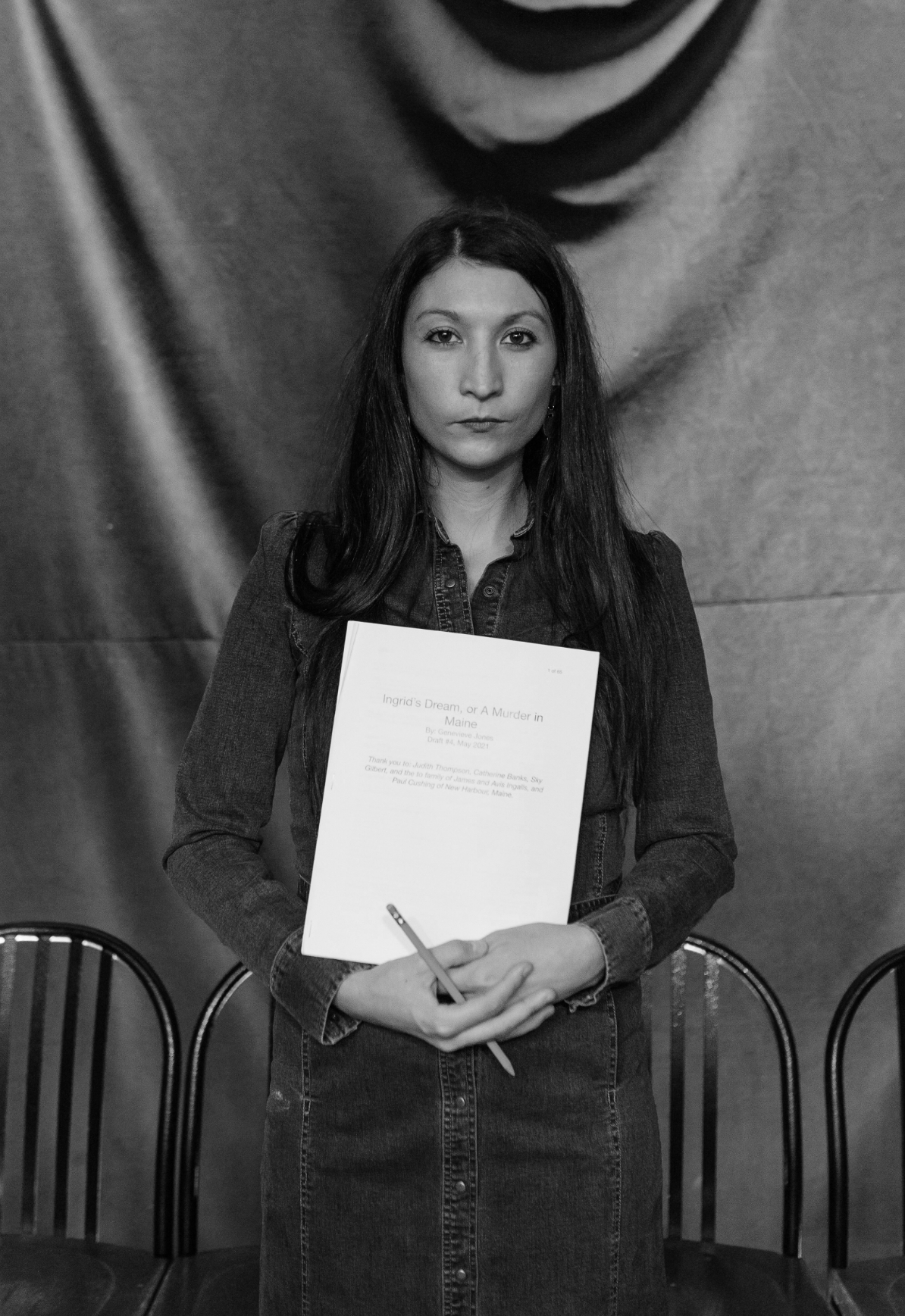 Ingrid’s Dream is a Creative Non:Fiction play inspired by a true crime. The script takes an unusual approach to understanding a killer.  It looks at a mothers response to a horrifying act of violence. On February 20th, 2008, Matthew Cushing of Old Orchard Beach, Maine took the lives of three family members. He was arrested within two days on all counts of murder and one count of arson. In 2011, three years later Genevieve was dating a young man who told her of this event. He was Matthew’s Step-Brother. She felt close to the story because she was close to her partner. The play came to her when she was told of this young man arriving at his Step-Mothers house after his unfortunate fit of rage. All of a sudden Genevieve saw every woman she’s ever known that’s not been able to stand up for herself in the face of a man they have love for; romantic or otherwise. The play sits in the place of a feminine response to male violence, in this case, a mother to son. While this event sparked the initial idea, Genevieve’s intention is to be respectful and non exploitative to family members. She used her imagination and creativity as a playwright to tell an important story. Ingrid’s Dream was submitted to the University of Guelph as her Thesis project under the Supervision and Mentorship of Judith Thompson. Ingrid’s Dream OR A Murder in Maine dives into the depths of living on a coastal town during a snow storm and highlights a young mans struggle to control his own inner evils. Much like the forces of nature, and the ocean that rages, our own evils may overcome us before we can keep them at bay.

“This story is burning to be told” – Catherine Banks

***Special Note*** Genevieve is currently working on a new revision. The play’s setting will be changed from Old Orchard Beach, Maine to Lunenburg, Nova Scotia. Ultimately, there will be two versions available for production in Canada and the United States.